What’s going on heroes? We’ve learned that My Hero Academia has been confirmed to have a season 3. I have to say that I’m not surprised since the series has been doing great. Right now there’s no information as to when the season will happen but I would have to guess sometime 2018 or 2019 but right now we don’t have the exact details yet but we will keep you guys posted. With season 3, things are going to get crazy, we’re going to be hitting I would say an iconic arc for My Hero Academia so you better brace yourself. A huge thank you to Yonkou Productions for getting this information along with a scan of the official announcement. 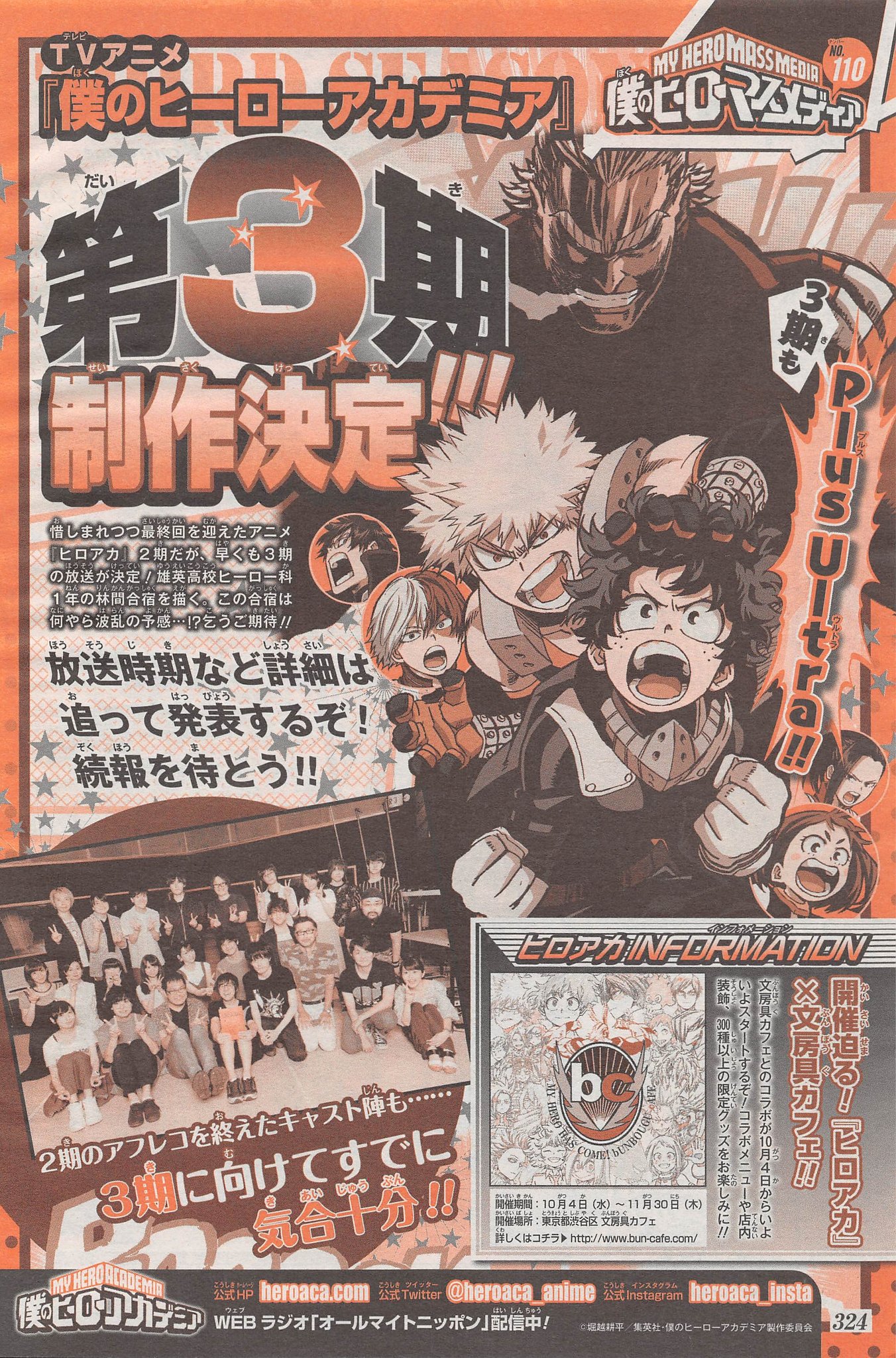 All I can say without spoilers is that you won’t see a lot of the twist and turns season three will have in store for us as an audience. As someone who’s read the manga all I can say is you’re in for a treat. Like always comment down below letting us know what you think. I’m still XBen3000 and I’m out!

Check Out DB:SMTW on iTunes